Justice must be both done and seen to be done. In a recent Refugee Appeal Division (RAD) decision, the decision-maker agreed with our arguments that a Member of the Refugee Protection Division (RPD) had failed miserably at justice, on both fronts.

On December 19, 2019, the RAD found that an RPD decision refusing our clients’ refugee protection claim could not stand, and further, determined the Appellant and her daughter to be Convention refugees. The decision stated that the RPD Member: “did not comply with the Gender Guidelines; demonstrated a misunderstanding of intimate partner abuse; breached procedural fairness; and erred by requiring the Principal Appellant to engage in speculation.”x

The Appellant fled years of domestic violence in Nigeria, arriving first to the United States, before making her way to Canada with her youngest daughter, and immediately claiming refugee protection upon arrival. Her claim was based on a fear of her ex-husband in Nigeria, who had psychologically and physically tormented her for years because she did not give birth to a male child.

During the hearing, the RPD Member repeatedly asked the Appellant why her ex-husband had not just killed her. In his decision, he unreasonably dismissed both her Nigerian and Canadian medical evidence and faulted her for not providing further corroborative evidence without considering her explanations.

On appeal, we canvassed the numerous errors made by the RPD Member. Most significantly, we argued that the Member’s conduct at the hearing alone demonstrated a deplorable violation of the IRB Guideline 4: Women Refugee Claimants Fearing Gender-Related Persecution, as well as a clear breach in procedural fairness. Further, we argued that the RPD Member had made a series of erroneous credibility findings and errors in assessing evidence.

The Gender Guidelines are clear that survivors of violence may require extremely sensitive handling. We argued in our Memorandum that, “The Member’s boilerplate reference to the Gender Guidelines in the decision in no way makes up for the complete lack of sensitivity and understanding he exhibited during the hearing.” 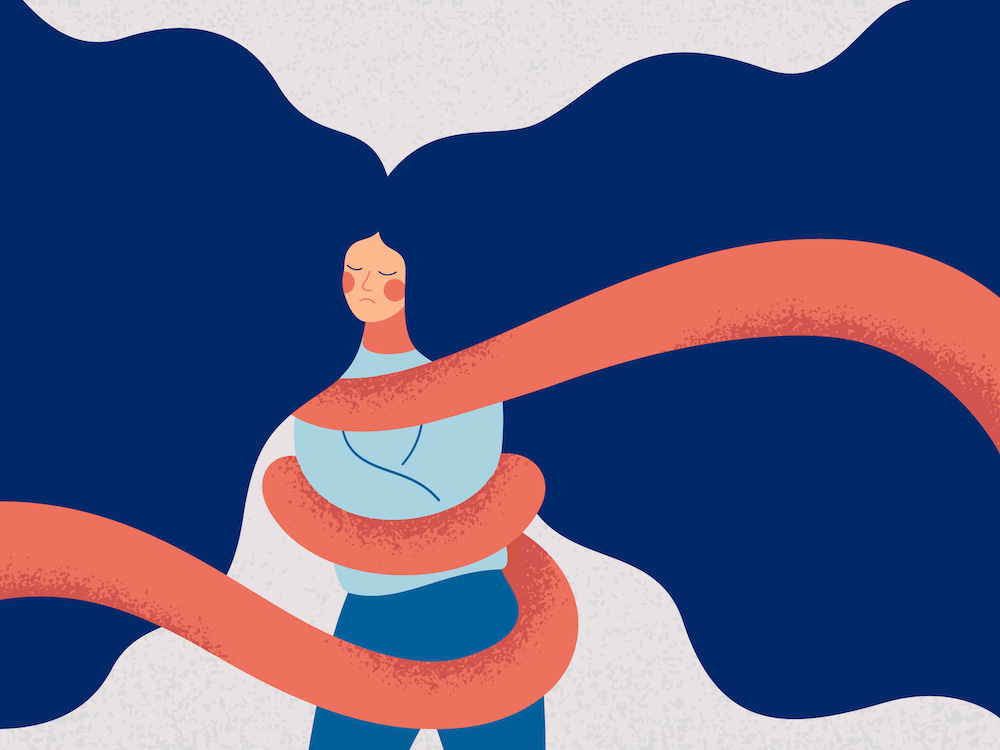 The RAD Member agreed, noting that even though the RPD Member refers to these Guidelines in his reasons, he failed to apply them during the hearing. Specifically, in reference to the line of questioning asking the Appellant to justify why she was still alive, the RAD concluded that she should not have had to speculate about what was in the mind of her persecutor, being her ex-husband; asking her to do so was unacceptable, insensitive, retraumatizing, procedurally unfair, and constituted a serious error.

In the Appellant’s Record, we included a follow-up report from the Canadian psychologist whose initial report had wrongly been given “no weight” by the RPD Member. The RAD accepted this follow-up as new evidence post-dating the hearing. In its decision, the RAD referenced the psychologist’s opinion stating that the RPD hearing was “extremely invalidating and emotionally devastating.”

The RAD decision states: “As such, the RPD breached the Principal Appellant’s right to procedural fairness, compromising her ability to fully participate in the hearing.”

In our Memorandum, we argued that aside from being insensitive and retraumatizing, the Member’s line of questioning “demonstrated a complete lack of understanding regarding basic facts about domestic violence: its cyclical and irrational nature, and the power dynamics that perpetuate it beyond reason. How could the Appellant – a woman who feared for her life for years – possibly explain why her perpetrator tormented and abused her, but did not murder her?”

The RAD agreed, stating: “The RPD Member’s scepticism that an abuser would engage in violence over many years which stops short of murder is without an evidentiary foundation.” And:

“Not all abusers murder their partners. There is nothing unlikely about abuse continuing after separation or relocation. In asking these questions, the RPD Member fails to appreciate that an abuser may assert their power and control in a variety of ways. This is concerning given the RPD Member’s role in adjudicating the claims of survivors of intimate partner violence. […] Myths about domestic violence come from a misunderstanding of the abusive cycle of power and control. This cycle is not static. Abuse does not necessarily progress in a linear fashion.”

The RAD referred to objective evidence located in the National Documentation Package (NDP) on Nigeria, which indicates that one in four women in Nigeria experience physical, sexual or emotional abuse by their husband or partner. The RAD also relies on the Supreme Court decision, R v. Lavallee, [1990] 1 SCR 1990 852, which outlines the three common phases in an abusive cycle, stating: “it is not surprising that the Principal Appellant’s own narrative of abuse fits the cycle.”

The RAD also dealt with our arguments that the Member’s credibility findings were wrong. The RAD agreed that the Appellant had put forward credible evidence regarding her ex-husband’s profile and her marital status. Further, the RAD agreed the RPD Member’s concerns regarding the genuineness of her Nigerian medical documents were not enough to rebut the presumption of truthfulness because, “They do not undermine her otherwise credible allegation that she is a survivor of psychological, sexual, and physical abuse over nearly two decades.”

In accepting the Appellant and her daughter as Convention refugees, the RAD Member states: “Intimate partner abuse, as well as a minor child’s repeated exposure to the abuse of a parent, constitute clear human rights violations amounting to persecution.”

The IRB Gender Guidelines are not just for show – they exist to assist tribunal members on how to engage in trauma-informed and sensitive questioning.  When used correctly, the Guidelines can serve to protect vulnerable refugee claimants from being retraumatized by the RPD process. However, it is not enough to note they exist – they must be valued and applied by decision-makers.

Here, the Member engaged in the very re-traumatization the Guidelines are designed to prevent. It took a successful appeal to rectify the injustice. We hope that the impact of this decision will carry forward, and act as a guide for RPD Members hearing cases involving survivors of intimate partner violence. 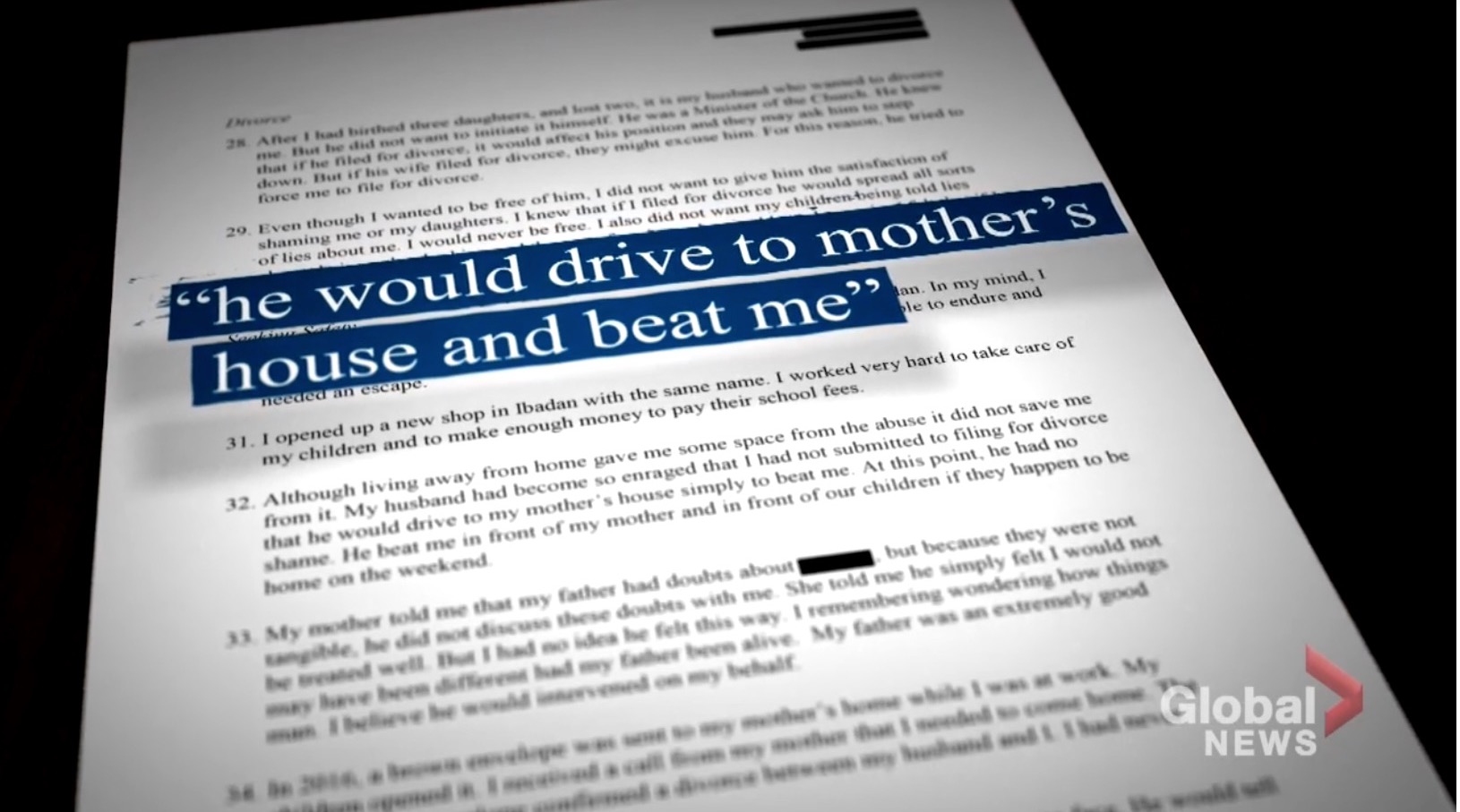